Found in the Grey is a single-player game about charting your way through the mists. The object of the game is to fill out your map, and to learn about yourself along the way.

This game is a modified version of Lost in the Grey, made for anyone who's struggling, who needs some hope.

Expect the game to last about an hour, but you can leave your map and pick it up again later if you need to take breaks.

To play, you will need the following tools:

In order to download this game you must purchase it at or above the minimum price of $3 USD. You will get access to the following files:

Support this game at or above a special price point to receive something exclusive.

Found In The Grey is a one-page map-making exploration game with neat, clean layout. It also mysteriously doesn't show up at all when searched for, which is weird and thematic.

It generates something pretty akin to a dungeon map, so it may make more sense to play it indoors, and its map doesn't synch up perfectly with the real space you're travelling through (sometimes a space you can walk right through is a wall on the map, or vice versa) so it may cause a little bit of dissonance trying to process that.

The game's tone is quite positive, however, and the few things you can encounter are all objectively good. Found isn't heavy-handed with this, and it never says outright that it's prompting you to feel better and act more compassionately towards other people, but it does feel like maybe that might be the game's intent.

Overall, I think this is a really cool engine for generating maps and for connecting in a new way with a physical space. If you want to get a sense of what it's like to physically traverse a dungeon, this definitely offers that, and I think Found works great as both a game in its own right and as something to help with scenario design.

-Rooms feel pretty saturated with secrets, and the secrets feel a bit like they're more special as one-off encounters, rather than as repeatable things. A 5x5 room of notes from admirers feels particularly strange, and sets maybe more of a horror tone than intended. 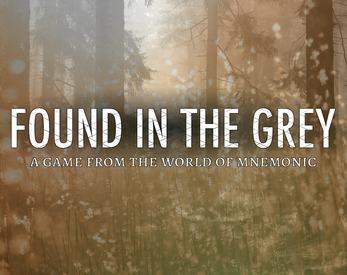